A freehold plot in Katong has been put up for sale - another sign that the property sector is on the rebound. 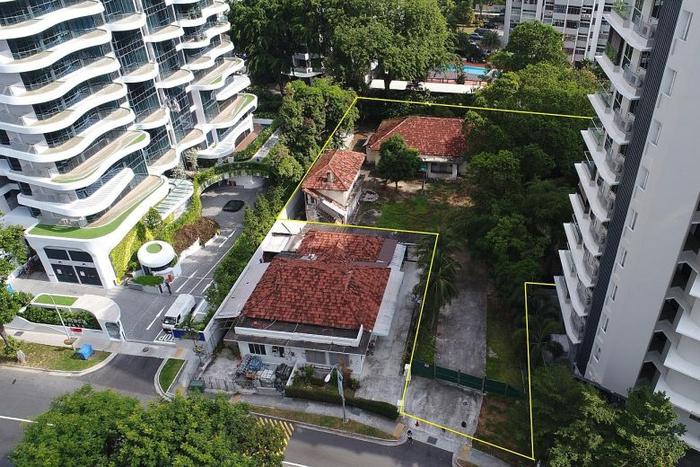 Analysts expect keen interest for the site at 12 Amber Road, which is sandwiched between condominiums Amber Skye and King Mansion. It is near the upcoming Tanjong Katong MRT station that will be on the Thomson-East Coast Line due for completion in 2023.

Marketing agent JLL said that it anticipates offers between $56.6 million and $61 million for the 22,800 sq ft plot.

Ms Yong Choon Fah, national director at JLL, said that development charges are estimated to be in the region of $20 million, subject to verification.

"This plot of land stands out as one of the last remaining undeveloped plots along the stretch of Amber Road, a location known for its high-rise apartments and seaside living," said Ms Yong.

The site, which has four vacant old houses on it, can be redeveloped into a project of about 24 to 26 storeys, she noted.

It was put on the market by the executors of the estate of the late owner.

Dr Lee Nai Jia, head of research at Edmund Tie and Company, said there will be keen interest in the site, especially from construction companies and smaller developers.

"There will be interest, especially after the pick-up in sales in the area after the successful launch of Seaside Residences in Siglap," he noted.

"There is much old money in the area, and it has the additional benefit of being near an MRT station in the future."

How about the Fengshui in that area?